Everyone this week, we’re going to talk about gendered autism, male, autism, female autism. What does it mean? Let’s dive in.

[00:00:47] We’ve got a long history of missteps when it comes to autism and gender. For example, the original model of autism is based very specifically on a very narrow definition of straight, cis, white, male autistic children.

[00:01:10] And this is why for a long time, we see autistic women, girls and non binary people being missed because our original model of autism very narrowly is based on little autistic boys leaving the rest of us somewhere undescribed.

[00:01:35] So after years and years of light up blue campaigns and people championing the idea that autism was a boy’s condition, there was eventually an outcry to take a look at how autism manifests itself in autistic women and girls. And this is very important that we did this because it is important to realize that autism does present very diffi- differently when people are socialized differently as women and girls often are.

[00:02:18] But there are still some problems because we started talking about this female autism, and now we have this supposedly male autism and female autism but this is still a very narrow binary model of autism. And this male, female autism binary model is completely ignoring autistic people who may fall outside of the gender binary.

[00:03:28] And although I agree, it is important to talk about the different ways in which we see autism manifesting in people of different genders, inherently saying “males with autism are this way, and females with autism or this way” – in my opinion, is doing a very large disservice to those autistic people who may not present in what is traditionally thought of as male or female autism or what is appropriate for their gender?

[00:04:03] You see me using lots of air quotes here. Uh, if I had my way, we would describe many autism presentations and different things we may see in autism, but we wouldn’t say this is male autism – this is female autism.

[00:04:20] We would just say – some autistic people present this way and other autistic people present this way, because it isn’t necessarily going to coincide with, you know, what we think of as stereotypically, male or female, something else that we need to consider when we are talking about this female autism is how much of this difference in autistic women and girls is really a difference in how they are socialized because as someone who was socialized as a woman assigned female at birth and raised as a woman, the expectations put on me growing up were very different from the expectations of my male counterparts.

[00:05:17] Manners are drilled into you from a very young age. You are expected to behave like a lady, have good manners, be appropriate, be approachable, be all of these things.

[00:05:36] Uh, whereas my male counterparts growing up and my male peers often would get a pass for things saying, you know, boys will be boys.

[00:06:07] With little girls and other girls, even other girls will keep you in check. Have you seen the Handmaiden’s Tale -where they all tattle on each other and they keep each other in check? This is what it’s like growing up as a girl with other girls around you, they will tell you when you do something that is inappropriate and scold you and call you out on every little transgression until you act right.

[00:06:36] But yes, I think it is important that we have these conversations about how autism can present differently from person to person and individual to individual but I want to ask everyone to use thought and caution when getting stuck in this very binary model of autism. Because a lot of autistic people – a larger number of autistic people than neuro-typical people identify as being gender nonconforming or gender diverse.

[00:07:16] And even those autistic people who may not identify as gender nonconforming and gender diverse may not necessarily fit in with what is, uh, the stereotypical binary system of autistic males are this way, autistic females are this way.

[00:07:36] So yes, we had some good intentions when this started, but knowing what we know now, I’m asking everyone to take this new information and consider into consideration when moving forward, because we really need to broaden how we describe autism with related to people who people’s genders.

[00:08:04] Honestly, if we could take it one step further, we could talk about how autism is manifesting differently in adults versus children, or how autism manifests differently. When people are trained to mask their autistic traits. Let’s talk about those things.

[00:08:27] Because a lot of the differences that I find when I look at how they describe male autism and female autism – around women and girls learning to mask and masking is something that is unintentionally put on you when you feel like you have to hide your autistic traits and the kind of pick -picking on that you receive when you are around other girls will definitely cause some autistic people to put a mask on.

[00:09:53] I put out new videos every week and the Facebook supporters and patrons subscribers have early access to those videos. Thank you all so much for being a part of my world. I will talk to you next time. Bye guys!

Help me get the word out!!! – If you like what I do, and would like more, please consider subscribing on Patreon. This blog is made possible by support from readers like YOU!  (Sharing my content is also, equally helpful!)

One thought on “Does Autism Present Differently in Women & Girls? What about Non-Binary Autistic People?”

This site uses Akismet to reduce spam. Learn how your comment data is processed.

Christa Holmans, an autistic self-advocate from Texas, runs the the internationally recognized neurodiversity lifestyle blog Neurodivergent Rebel. Neurodivergent Rebel opened her blog in 2016 as a way to introduce people unfamiliar with autism to neurodiversity. Her blog, which is sometimes released in written format and also via YouTube video, explores the ideology of neurodiversity and the creative expressions of autistic people. Holmans’ blog pushes for acceptance of neurological differences and respect for the autonomy of neurodivergent people. Holmans is also known as the pioneer of the #askingautistics hashtag, which is often accompanied by a short question about everyday autistic experiences. This simple hashtag connects neurodivergent people who would not otherwise have a reason to engage with each other to foster understanding of the autistic experience. View all posts by Christa Holmans - Neurodivergent Rebel

If you like what I do, please consider supporting me on Patreon!

Patreon members help ensure the continued growth and support for this blog by covering expenses like, web hosting fees, and pay for Transcriptions and CC to help make the content on this site more accessible. 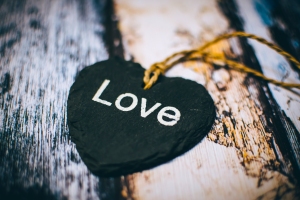 I work very hard on my content. If you like what I do, please consider supporting my blog.

If you like what I do, please consider supporting me on Patreon!

Patreon members help ensure the continued growth and support for this blog by covering expenses like, web hosting fees, and pay for Transcriptions and CC to help make the content on this site more accessible.